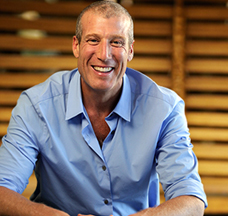 “He lost more than 100 kilos (220 lbs) without diets or surgery, now meet the man who says we can all melt fat using the power of our minds” Ray Martin (A Current Affair TV Program)

Jon Gabriel has a Bachelor of Science in Economics from the Wharton School at the University of Pennsylvania. While there, he also pursued extensive coursework in biochemistry and performed research for the internationally recognized biochemist Dr. Jose Rabinowitz.

In 1990 Jon started gaining weight for no apparent reason. He tried every diet and program he could to lose weight but in the end, he just kept gaining. The more he dieted, the more he gained. 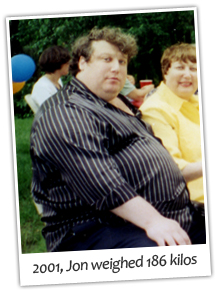 The situation became critical in mid 2001 when he became morbidly obese and reached a weight of over 186 kilos. On September 11, 2001 he was scheduled to fly from Newark to San Francisco and it was only by a fluke of fate that he was not on the United Airlines flight 93 that was hijacked by terrorists.

This event, as well as some equally life changing events that occurred in the weeks following 9/11 affected him deeply. It was this wakeup call that made him realize life was a precious opportunity not to be wasted.

He decided to start ‘living the life of his dreams'. He also decided to apply all of his research skills and scientific background toward understanding and eliminating the real reasons he was fat.

The result is arguably one of the most remarkable physical transformations of all time. Jon lost over 220 pounds without dieting and without surgery. Amazingly, his body shows almost no signs of ever being overweight at all – a fact that has astounded many professionals in the medical community.

Using the approach that has worked so well for him, he has now made it his life's mission to assist others in achieving tremendous success, not only in weight loss, but in every aspect of life.

Jon's story has been featured on A Current Affair and Today/Tonight in Australia. His success in helping others lose weight has also been discussed on many popular talk shows in the U.S., including The Jane Pauley Show, Hard Copy and Entertainment Tonight.

Jon lost 103 kilograms in 2 ½ years. His weight dropped from 186 kilograms (409 pounds) to 83 kilograms (183 pounds ) and he achieved this weight loss without diets or surgery and without having the typical excess skin associated with massive weight loss.

Jon Celebrates the 10 Year Anniversary of His 220 lbs Weight Loss!

Jon's book, The Gabriel Method, is an international best seller which is receiving tremendous reviews and helping people all over the world to lose weight without dieting!

Jon Gabriel receives the prestigious “Lifting Up the World with a Oneness-Heart Award.” This award honors individuals of inspiration and dedication. The award has been presented to numerous heads of state such as President Nelson Mandela, spiritual leaders like Mother Teresa, athletes such as Muhammad Ali, Carl Lewis and Billie Jean King, and entertainers such as Sting, Susan Sarandon and Richard Gere. “You have achieved something which will help millions of people to live better lives!”

I am so moved by your deep intuitive understanding and your mental brilliance. It is really a life transforming book! I am so proud of you!!! You have achieved something which will help millions of people to live better lives!”
– Ashrita Furhman (A Guinness World Records record-breaker. As of 2017, Furman has set more than 600 official Guinness Records and currently holds 200 records, including the record for holding the most Guinness world records.)